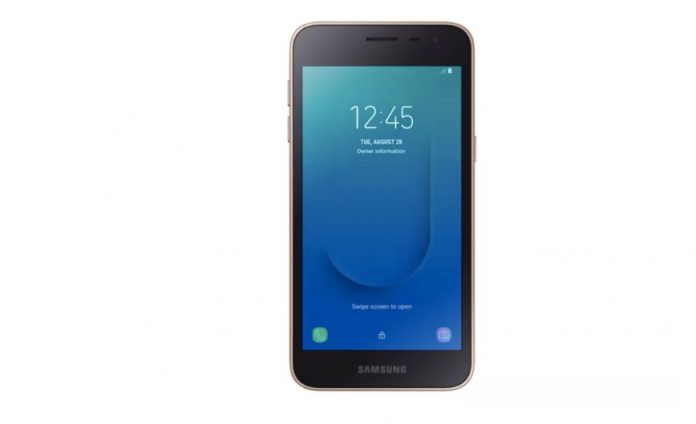 In last year, Google released it’s lightweight native Android Go, a lite version of the Android system designed for entry-level smartphones. Samsung likes to build its own UI interface on Android, and it’s loaded with a lot of useless pre- Installing software. Today, Samsung Mobiles reported that the company is launching its first Galaxy device with Android, which is fully equipped with Android Go software with no other pre-installed software.

From the exposure of GeekBeach, it is clear that Galaxy J2 core is equipped with storage pack of 1GB RAM and 8GB internal memory, uses Samsung’s low-end Exynos7570 processor, this processor uses 14nm FinFET process, integrated LTE Cat.4 dual-carrier aggregation, also using four Cortex-A53 CPU core. And the frequency is 1.43GHz, which is 70% higher performance and 30% lower power consumption than the 28nm process product. On the system side, Android 8.1 is running with Android GO Launcher. With Android Go, Samsung is able to solve storage problems, as it optimizes all Google apps to light versions.

The good news is, Samsung is going to be launch first in India and Malaysia and the sale starts today. Coming to price details, it not yet announced but expected to below Rs.6000, according to MySmartPrice. It is available in four variant colors – Blue, Pink, Gold and Black combination.