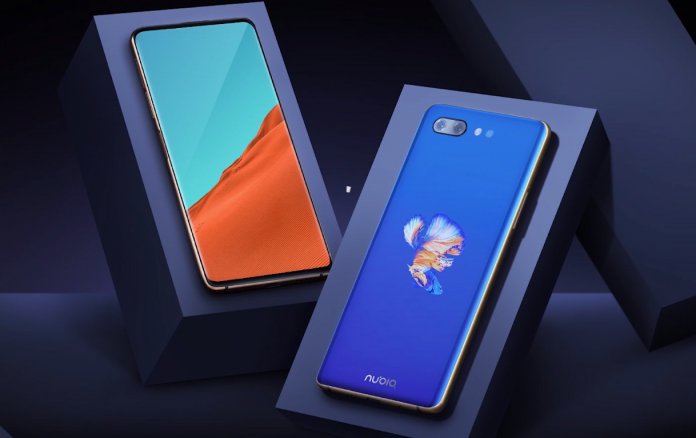 The Nubia X has been officially presented in China and we are in front of a smartphone that passes the current conventions, at least some of them. To prove it, it includes two screens, one front and one back, and does not have a camera for selfies.

This second screen makes the function of both decoration and viewfinder to take selfies, which in this case must always be done with the back. It is not a mobile phone for those who love selfies, because they need to turn the phone over. 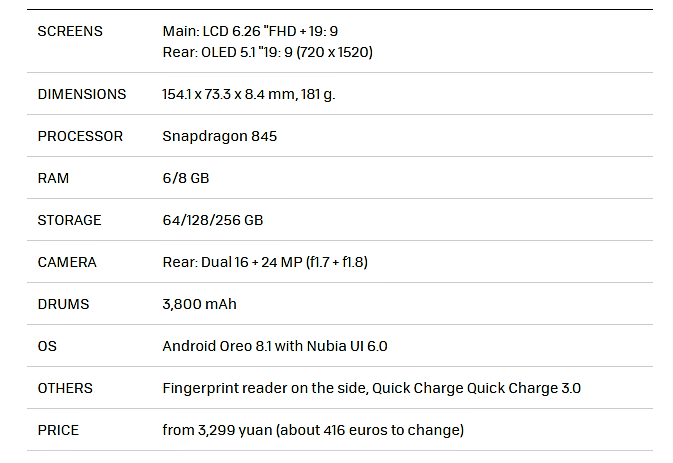 Not one, but two are the screens included in this Nubia X. The main one goes practically from side to side, with very small frames (1.2 mm on their sides, according to their own measurements) and is what we would expect in a mobile of our time. It is a 6.26-inch screen with Full HD + resolution, with an aspect ratio of 19: 9. 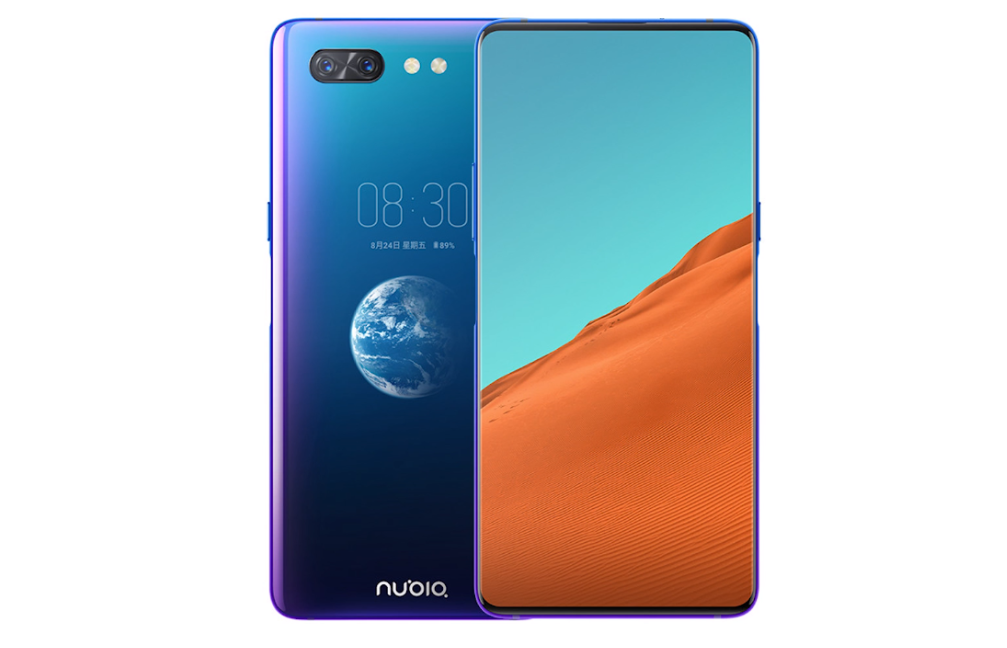 More unusual is to have a screen also on the back, even though it is a recurring idea that comes back frequently, like corduroy pants. The rear screen of the Nubia X is somewhat smaller, 5.1 “, also 19: 9 but in this case OLED.

This screen has more pronounced edges, although it is not intended to be used normally, but rather as a support or decoration screen. This is how the brand shows in most cases, although it has an obvious function that we will see below.

This double screen eats energy, but the Nubian X is ready for it. It is not a terminal too thick (8.4 mm to be exact) but includes a generous battery of 3,800 mAh, which could compensate for that extra expense.

At the time when some are fighting to put more and more lenses and cameras, Nubia has decided that it has decided to dispense with the front camera completely. Who wants selfies, to turn the mobile. 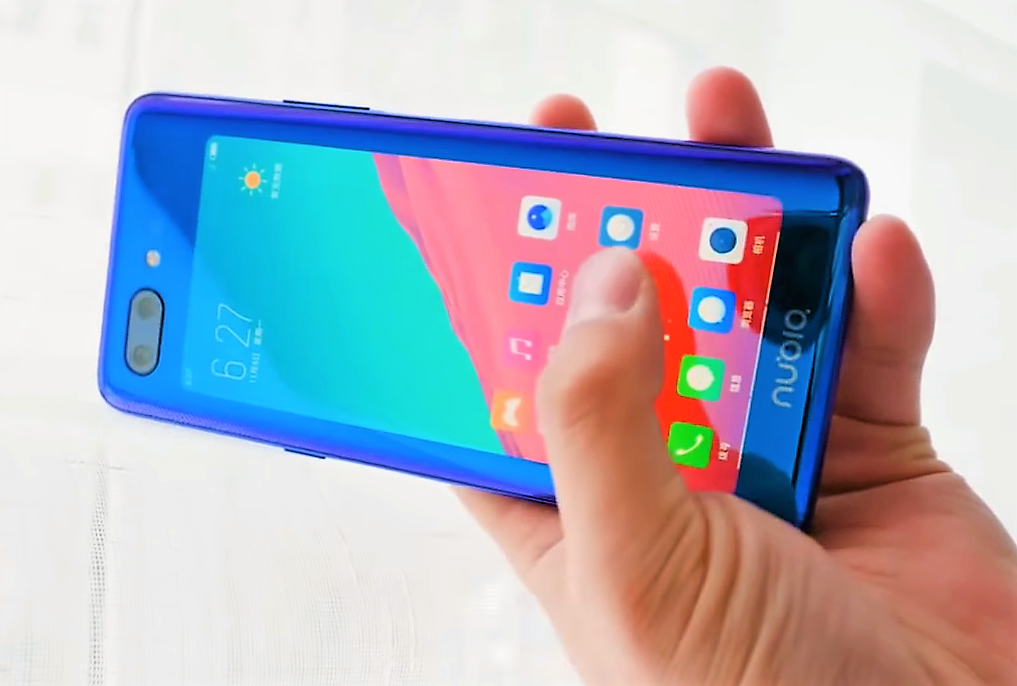 So get the screen to the limit (93.6% according to the official accounts of the company) without having to include a notch, retractable cameras or sliding screens. It is an enormously simple and at the same time complicated solution, which will not leave anyone indifferent.

This is an advantage for Nubia, who only needs to mount a camera. It is a double camera with a lens of 16 MP with opening f / 1.7 and another of 24MP with the opening of / 1.8, with the corresponding modes of portrait and beauty that is expected of a mobile in 2018. It has two flashes, one with dim light more proper to make self-portraits.

The Nubia X has been announced in China and for now, we have no news that it will cross its borders. It will be available in configurations of 6 and 8 GB of RAM and storage from 64 GB to 256 GB, in colors black, golden black, blue and golden blue.