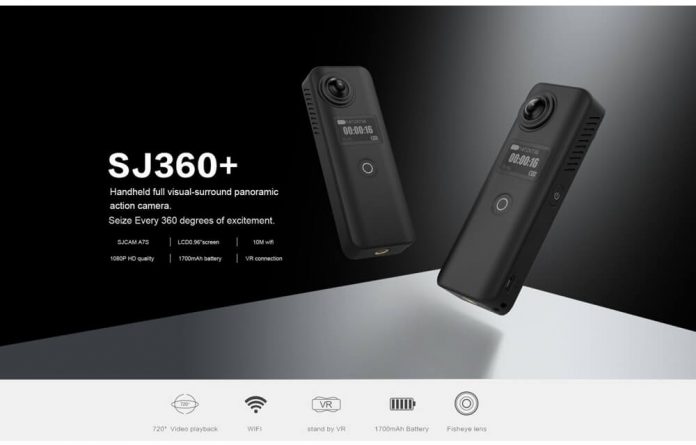 SJCAM, a Chinese camera brand, have been releasing new cameras actively in the recent past. Though the name is not yet known to many, they are gaining attention with their new camera releases. Now they have created news for their two upcoming cameras – SJ8 and SJ360+.

The back screen features 2.33-inch live-view touch screen while the front screen features 0.96-inch OLED screen. The EIS mode will work only with 4K 30 fps. USB type-C and HDMI ports are available. These are the primary information available about SJCAM SJ8. We are tracking the release date and price details and will provide the details as soon as we get. The release is expected to be in October 2017.

SJ360+ is a 360-degree camera, comes as the successor of the first 360-degree camera of SJCAM. This camera is mainly targeting the group who want to capture 360-degree videos. The cameras that available with this feature in the market are heavily priced. So, we think SJ360+ may be the choice of those who like to have this type of camera at low price. Like SJ8, the details of release date and price are not available now, but expected to be released in October 2017.

We think this two cameras are worth to be watched out during the release, since the Chinese brands are the ones used to surprise the market with low price and high features. We have seen it multiple times in the Smartphone industry.